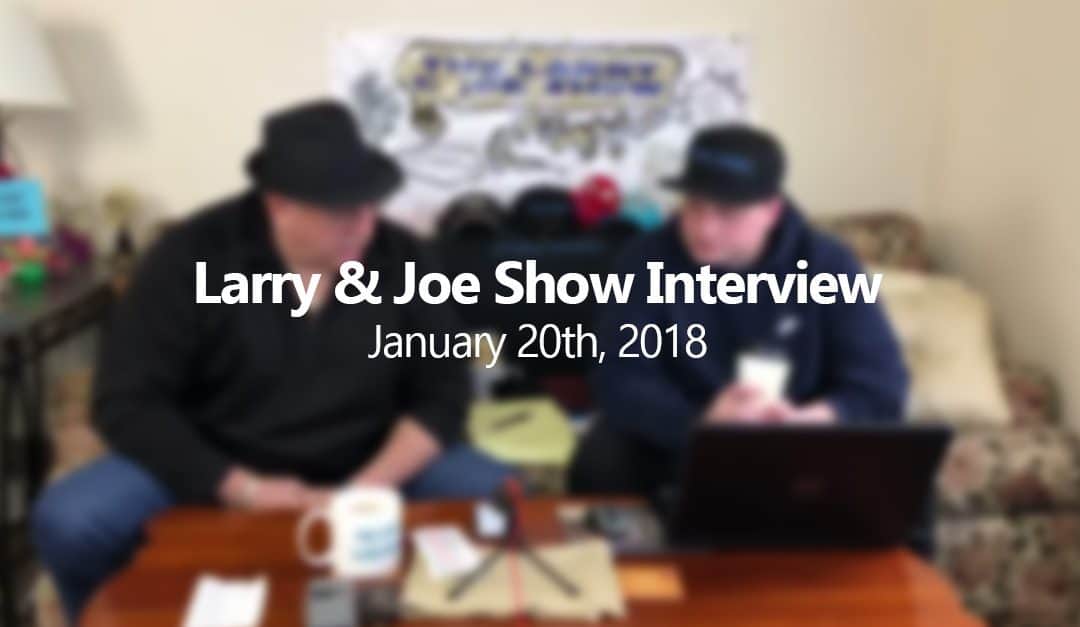 Here are some of my favourite highlights from the Larry & Joe Show interview with Daniel Dabek. If you have anything you would like to add please feel free to add it in the comments.

“I’ve been studying this whole game to the letter, and now we’re here to make it better”

“You can deploy your blockchain business [in Liberlandian territory] and be under the jurisdiction of Liberlandian Law, rather than any other law in other nations. Liberlandian law supports cryptocurrency very very progressively.”

“..like the Bittrex delisting Safex was because they are too lazy to fight with the Securities and Exchange Commission, so instead of being on the side of cryptocurrency they’re on the side of their business. So instead of supporting cryptocurrency and protecting us to survive and continue with our decentralised businesses, they’re falling in and getting on their knees and [performing an act of great kindness] upon SEC.”

“Safex as it is right now is an organisation, we have this token, we’re building this marketplace, that will be our first product. When that product is launched, we’re going to change the world of cryptocurrency”.

“Safex is addressing things related to money distribution. Second, it’s solving problems to do with security of your money… third, which is the most important – we need to use cryptocurrency somehow.”

“This also has a lot to do with education. A lot of people are using shortcuts; using web wallets, leaving their coins on the exchanges, they’re using god knows what 3rd party sellers out there. They’re not learning about how to use private keys, how to import private keys, how to back them up. They’re doing trades without agreement, with strangers, without escrow – all kinds of stuff. And you shouldn’t be making one loss and [losing faith] in Cryptocurrency and then saying it’s a scam or a fraud.”

“You’ve got the competitive edge by using Cryptocurrency – but you’ve got to take ownership and really learn about it.”

“Safex is a decentralised marketplace that is solving the money supply issues, anonymity issues, the security issues when spending your cryptocurrencies.”

On the subject of doing your own research – “lots of people write me messages saying “right, I’ve bought some Safex. Now tell me what it does… There is so much content out there, read it before buying.”

“I’ve just started a new company in Belgrade called Balkaneum. It’s an open source software development company for pushing the agenda of Cryptocurrencies in the Balkans and the world.”

“We’re now going to be hiring developers and media specialists to [keep pushing this movement].”

“We’re hiring. In our roadmap, there is 36 employees that will be within the next six months”.

“There [will be] other exchanges, I’ve just paid one of them for listing. So it’s not like we’re not doing it – it just takes time”.

“Ecommerce has a 2.2 trillion dollar annual turnover that’s growing 20% every year. That’s why Amazon has a 500bn valuation. And they’re not even using cryptocurrency and they aren’t even in every country… our $500m [turnover target for 2017] – we could do $500 if we [messed up].”

“We have the most revolutionary emission system on the planet earth… none has ever done this in the entire crypto sphere, EVER”.

“I’m not afraid, we’ve really figured it out what the market needs.”

“I’m not going anywhere, ever. I can’t see myself accomplish the goals i want to accomplish with cryptocurrency without obliterating the barriers for trade”