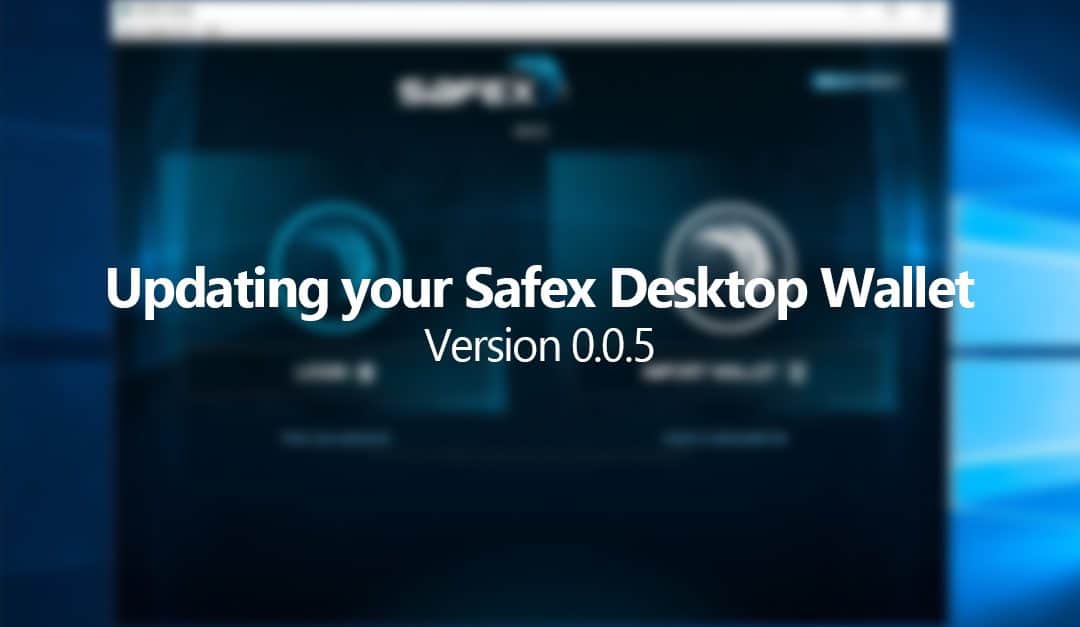 Yesterday it was announced that the Safex wallet has been updated to version 0.0.5. The new update, which can be downloaded directly from safex.io, includes a few functionality improvements as well as fixing some minor bugs found in v0.0.3.

How to update the Safex wallet

Most likely you’re on version 0.0.3 and would like to update to 0.0.5. The process is relatively simple but I’ll give you a few precautionary measures it’s recommended you follow. There isnt a built-in update system within the wallet yet, so we’ll have to update it manually.

Simply go to safex.io and click on the download button on the main menu. Select your version based on the operating system you use (in this example we’ll be updating the Window version. However, the core principles still apply). 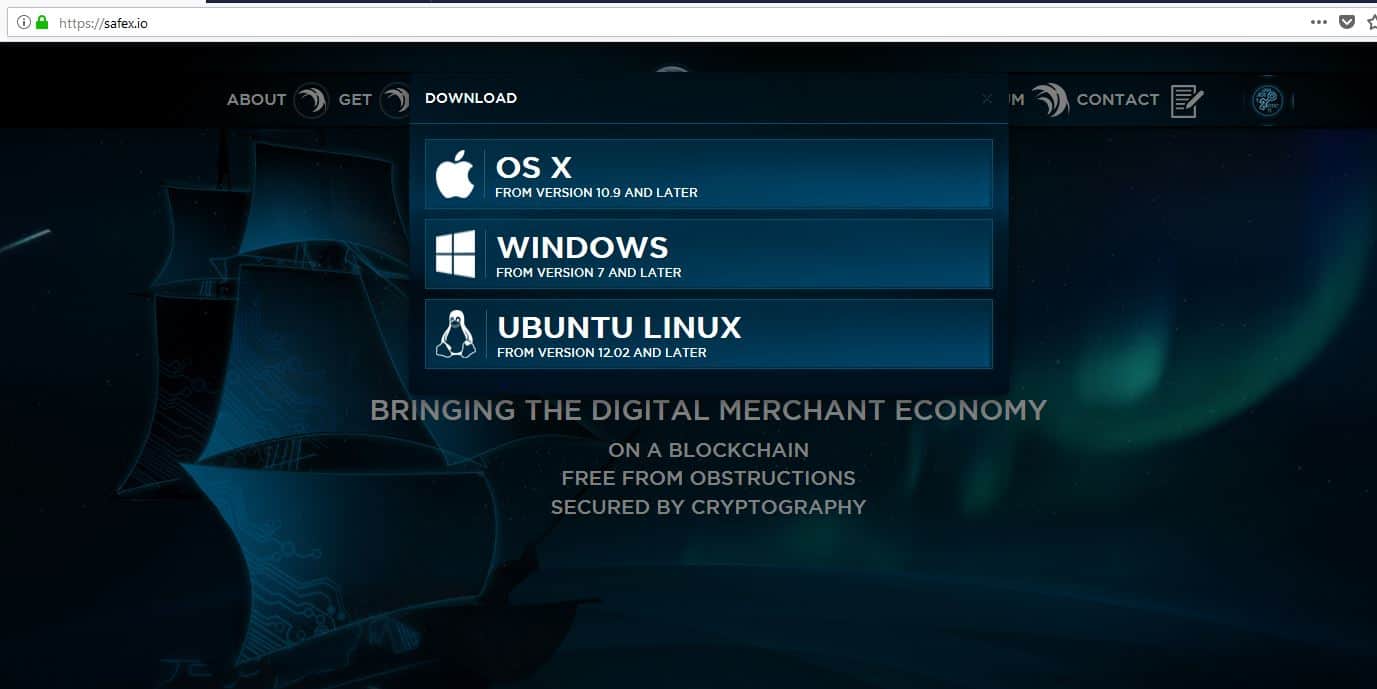 Load your wallet and back up your private keys

Whilst you’re waiting for the wallet to download, it’s worth backing up your private keys.

This is an optional step, but HIGHLY recommended, especially if you’ve not backed up your keys before.

Load up your Safex wallet and enter your password. Once you’re in the main wallet menu, click the small cog icon found next to IMPORT KEY. 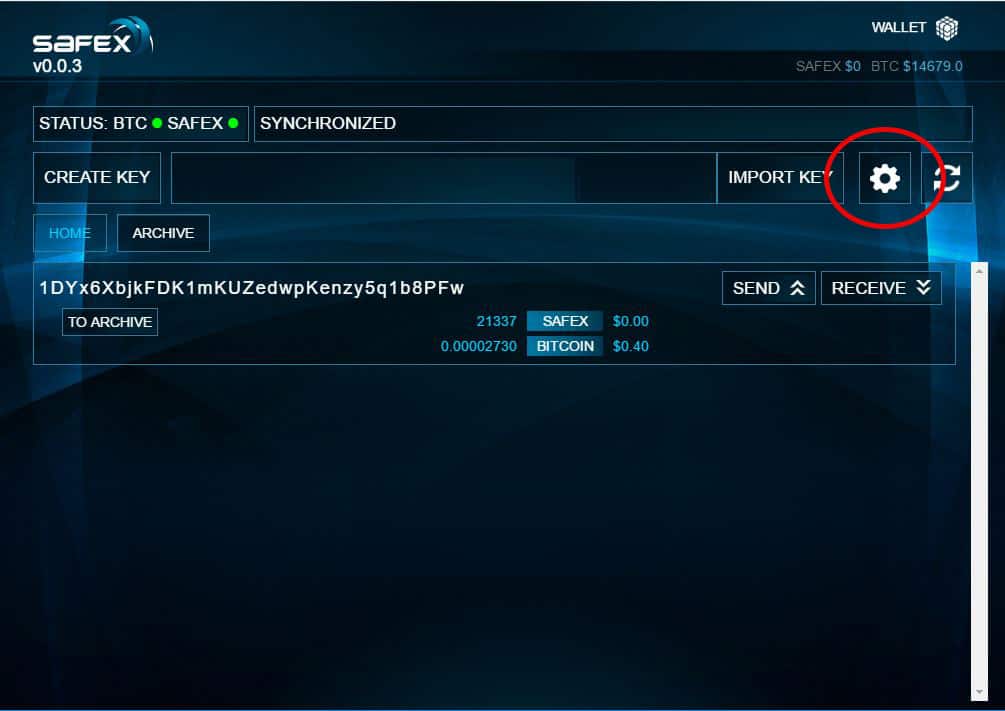 From within the Settings menu, click “EXPORT ENCRYPTED WALLET (.DAT). 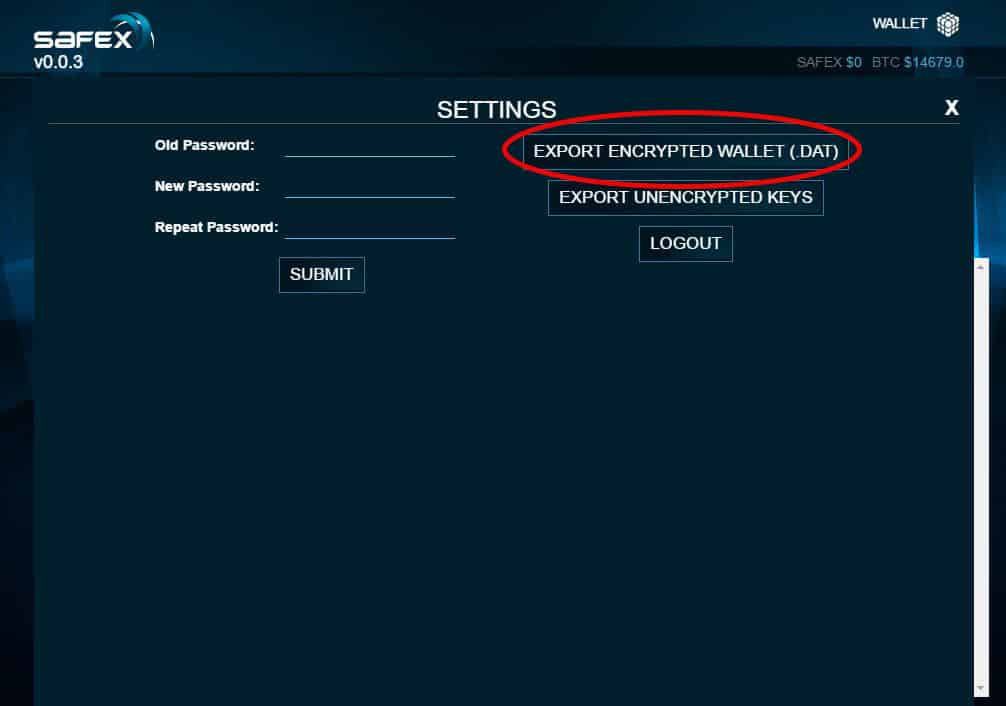 Save the file somewhere secure like an external hard drive or USB drive. It’s useful to keep multiple copies in case you lose one of them.

It’s not recommended you store your backup files on a cloud based file storage system, like Google Drive, Dropbox, or OneDrive.

Also, it’s wise to keep a written copy of your main wallet password as you will require this if you ever need import your wallet backup file in the future.

By now the download should have completed. You do not need to uninstall the previous versions of the Safex wallet to update to v0.0.5. It will update over the existing installation.

Follow the instructions given as you’re installing the wallet. You will be required to close the wallet window before updating.

That’s it. All that’s required. You will now be able to open your wallet via the desktop icon or start up menu and log in as usual.

This section will be updated over the next few days as we receive feedback from the community. If you have any questions please leave a comment or tweet us.

Q – My Safex balance isn’t appearing under my public key. How do I get it to show my balance?

A – Many have experienced this issue after upgrading to v0.0.5. The simplest fix most have found is by archiving your address, then unarchiving it after. Once your address is back in the main menu, it should refresh and display the correct balance.

Q – Do I need Bitcoins to move my Safex OUT of the wallet?

A – Yes. As Safex is currently running on the Bitcoin Blockchain, it requires BTC to cover the transfer fee. The fee varies depending on a number of things (we wrote an article about this a few days ago) and will be required on the same address your trying to transfer out of.