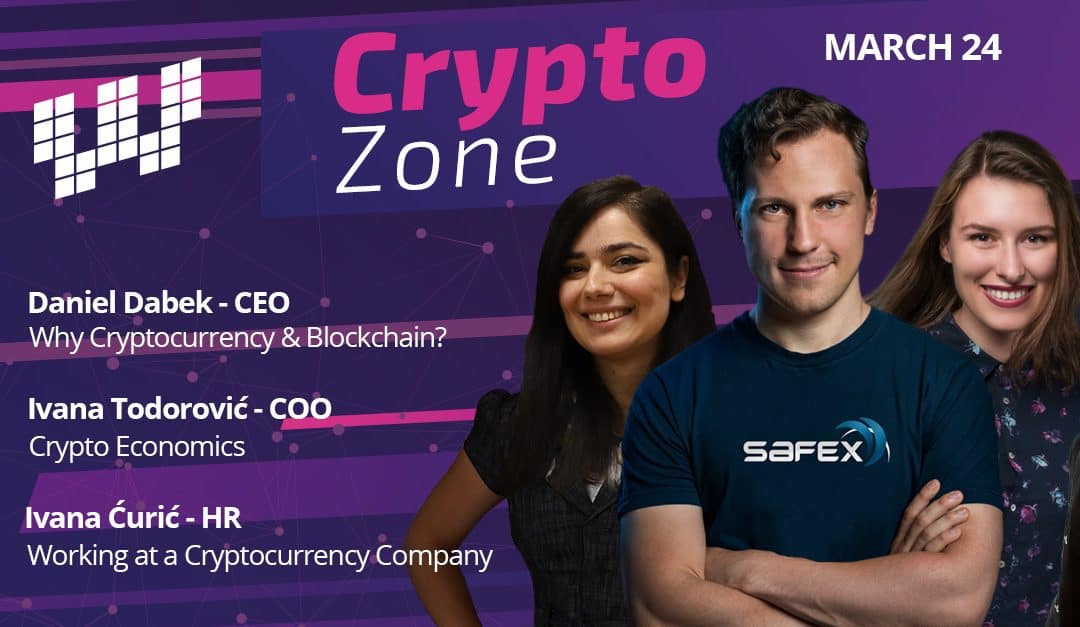 The Safex/Balkaneum team will be holding a series of talks at the Webiz Conference in Belgrade this Saturday.

Founded in 2013, Webiz is a leading educational conference about digital technologies in Serbia. The event focuses on young professionals, tech entrepreneurs and innovators who are interested in making an impact and transforming lives with technology.

For the first time this year Webiz will be holding a dedicated CryptoCurrency focused segment, in which three of the five speakers are team members from Safex and Balkaneum.

The first talk, hosted by Daniel Dabek, will be on the subject of “Why Cryptocurrency and Blockchain?”. Daniel gives some history on his journey in the cryptoworld, what brought him to Serbia, and why he started Safex and Balkaneum.

After a short break, Ivana Ćurić, HR Manager at Balkaneum, will be convincing the audience why they should drop everything and work for Balkaneum. Explaining the potential of a future career in blockchain development, Ivana discusses the benefits of working for Balkaneum, to support the development of Safex and future blockchain solutions.

It’s been a clear from the beginning that the Balkan region will play a huge part in the early-to-mid term strategy for the Safex Marketplace.

This event benefits Safex in two ways; first, it exposes Safex / Balkaneum to the ideal audience for a successful early adoption push (recall the Diffusion of Innovation article which suggests how each market/innovation segment is targeted and approached).

Second, it serves as hunting grounds to snatch up the leading development and creative arts talent in the area. It’s important to get the right people to develop the Safex Marketplace, and the type of people the Webiz event attracts are the ideal candidates for Balkaneum.

To learn more about the Webiz event click here (note, it’s written in Serbian Cyrillic so you may need to run it through a translator if you’re not familiar with the language).