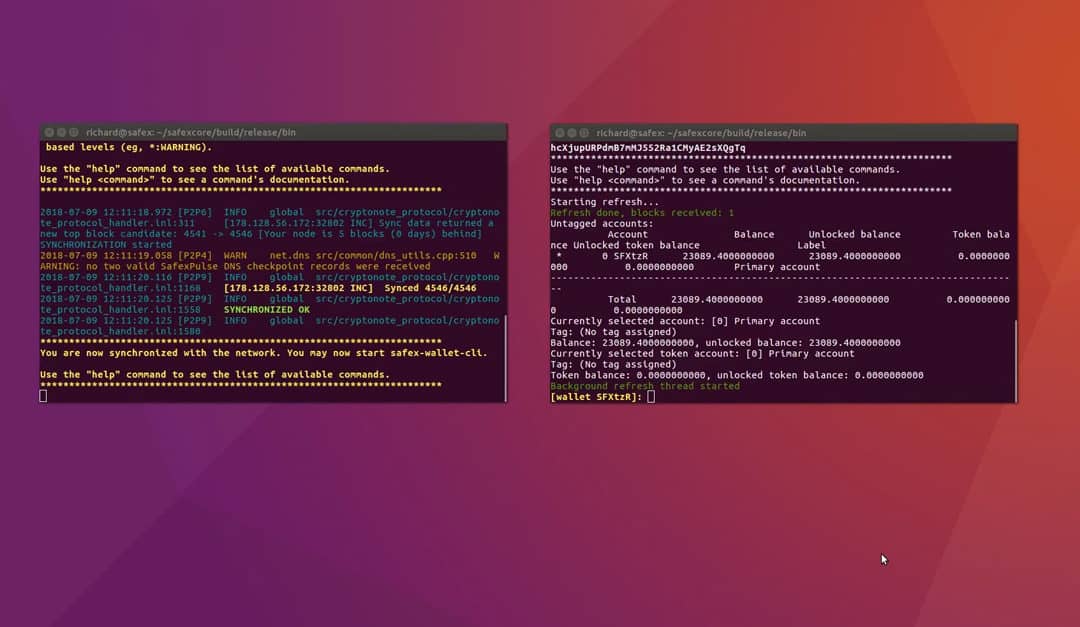 Last Friday Daniel announced the launch of the Safex TestNet Blockchain – a huge milestone in the Safex project and the biggest news since the formation of Balkaneum.

It was only a matter of time until the community were able to compile the source code and synchronize their own TestNet node. An overwhelming amount of positive feedback was given to the development team and several bugs have been identified and swiftly corrected.

Many within the community have been testing out features such as CPU mining and performing basic transactions. In addition, we have a lot of GPU miners who are keen to join the Safex News Pool upon its release.

New features will be added and tested in the coming weeks including the blockchain explorer, graphic wallet, and support for GPU mining.

How can I participate in the testing?

We’ve put together two videos which shows you how to compile and run your own Safex TestNet blockchain, and how to mine the blockchain and perform simple transactions. You can view the first video here and the second here.

Note – in the video I mention using SUDO commands to run the blockchain – this has now been fixed so it’s recommended you avoid using SUDO now.

When to expect the MainNet launch

In the latest video update, Daniel explained that it is likely we will see the MainNet launch within 30 days of the video – the video was published on the 9th of July.

Combined with several comments made on Discord by Daniel, and a teaser image posted by Nikoa Popovic, we’re confident that we will see the MainNet launch around or after the 10th of August 2018.