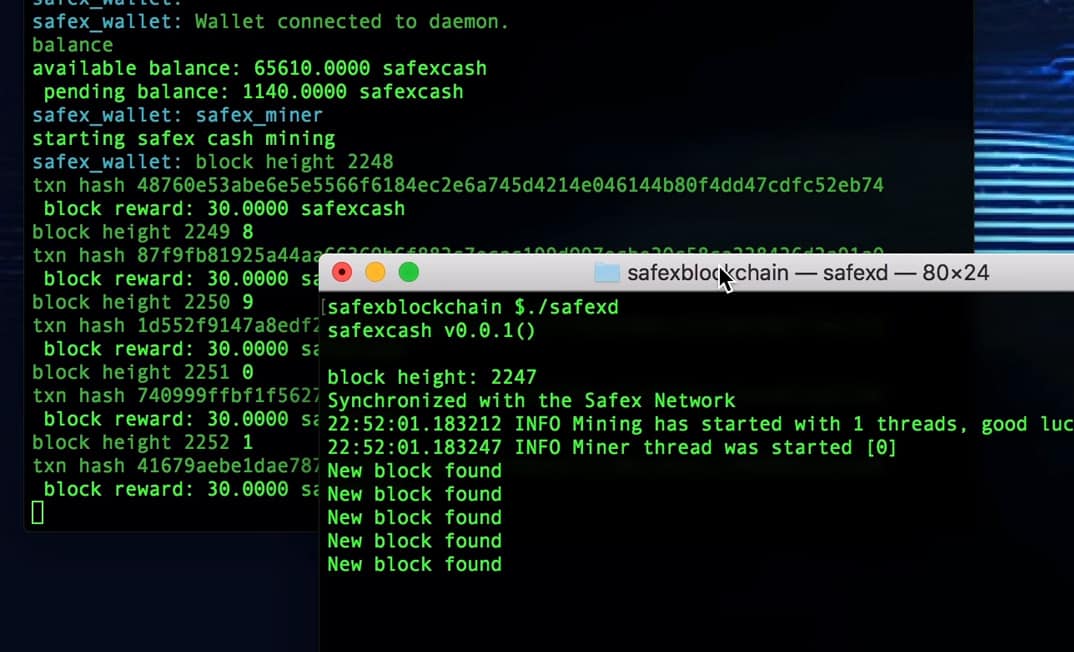 We’ve put together a summary of the latest Safex Development Update Video for those who haven’t found the time to watch it yet.

This developer update is of particular interest as it focuses of a number of key milestones for both the Safex Blockchain and the future of Balkaneum.

Preview of the Safex Alpha Blockchain

Daniel now has a working prototype of the Safex Blockchain, which can distribute Safex Cash, mining and processing of transaction, and is able generating wallet/addresses.

Although from face value it looks pretty simple, the underlying framework is huge and integrates the industry leading emission, distribution and adoption model developed by Ivana.

The next steps will be to integrate the marketplace mechanics onto the blockchain which will signify the beta phase of the project.

We knew that Balkaneum was going to be hiring new staff, but we didn’t know exactly what they would be doing. In the video, Daniel confirmed their latest hire, Medhi Bechina.

Medhi works as a Software Engineer for a company called Lazada, a division of Alibaba. Medhi has come onboard as an advisor and front the development of the Safex Wallet.

With a background in ecommerce and software development, Medhi is a great addition to the Safex Development team.

We hope to try and secure an interview with Medhi in the coming weeks as his role at Safex and Balkaneum progresses.

Finally, Daniel confirms the successful acquisition of a new office and base of operation for Balkaneum and Safex. Located in the middle of Belgrade, this is next chapter for Safex and the future of CryptoCommerce.

We don’t know too much about the new office yet, such has how many rooms it has, where it’s located etc, but no doubt once they’ve settled in Daniel will do a proper tour video.