What do you Mean? Several Striking Safex Statistics 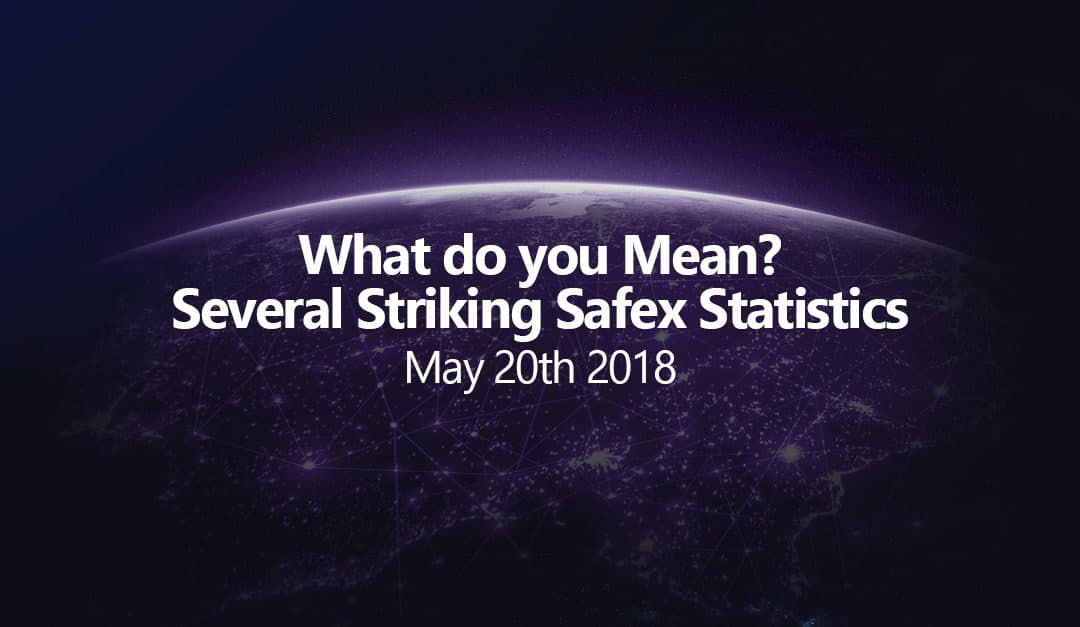 Once again, we’ve been treated to another in-depth statistics article from our very own Znffal. You can find his previous article here:

What do you Mean? Several Striking Safex Statistics

As outlined in the recently released Safex roadmap, in a very short while Safex will be transitioning from the OMNI Blockchain to the new Safex Blockchain. Since this is a momentous event, and since there has been a lot of exciting chat on the Safex Discord recently, I decided to further stimulate conversation by writing about a topic that everyone is passionate about: statistics!

Before diving deep into the depths of data (provided to me by Richard Bate), we first have a question to answer. What is an average? While it seems like this question should have an obvious answer, the statistic used to measure the “average” of something actually depends on the distribution (i.e. the arrangement of the numbers as a whole) of the data. For example, consider the set of numbers:

The “mean” of the set of numbers above is:

The “mean” value turns out to be a terrible measure of this particular set of numbers because it is greatly influenced by the super large outlier (in terms of crypto, the large outlier would represent a “whale”).

A much better measure of the set of numbers is the median which is the “middle” number. For this set the median = 5.5 which is a better general representation of the set. What the median actually tells us is that 50% of numbers in the set are larger than 5.5, and 50% are less than 5.5. 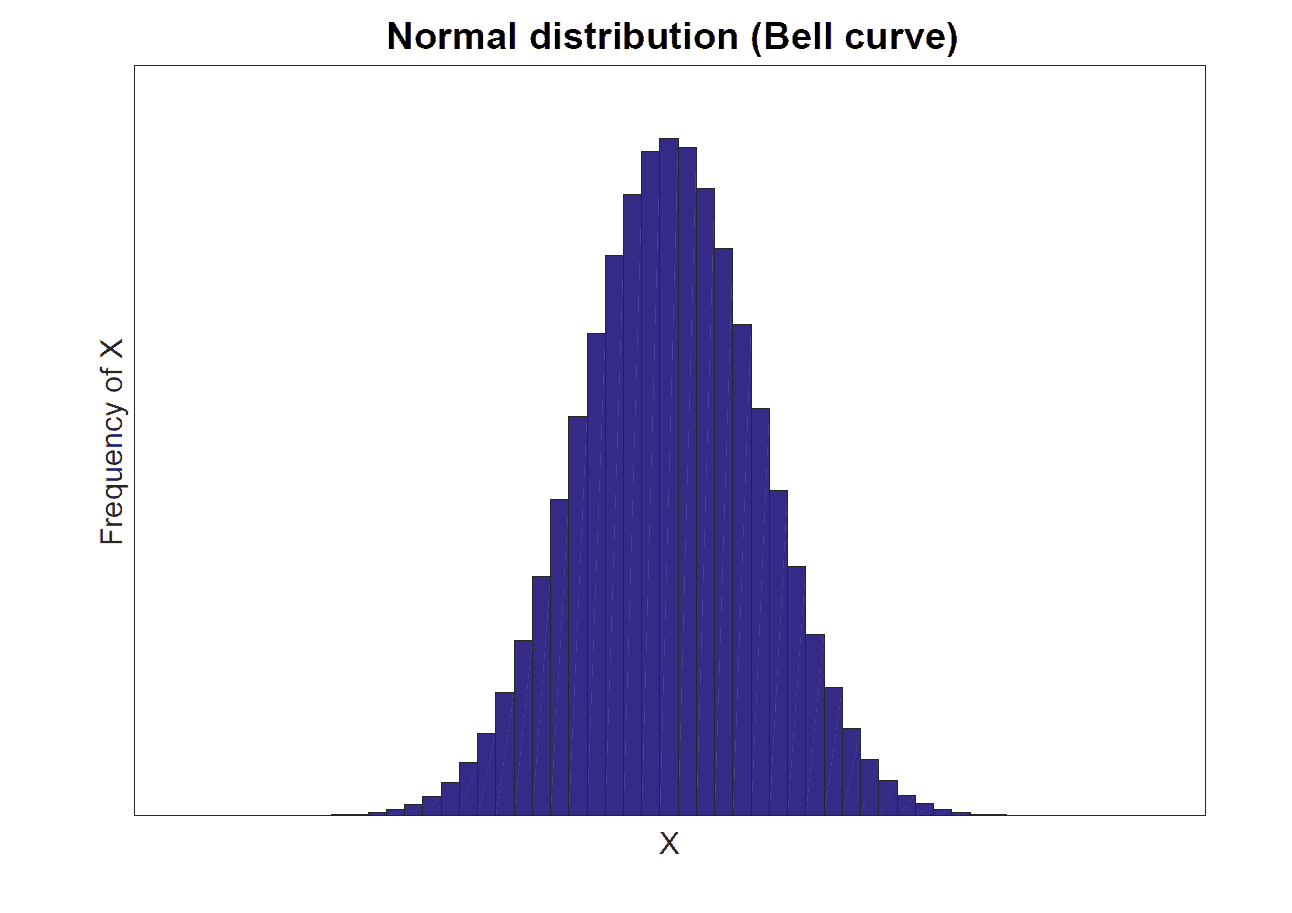 As it turns out, no! If we consider the amount of Safex tokens in each address (not a wallet as a whole, but an individual address on the blockchain) we expect (and see in practise) that there will be many very small wallets and very few very large wallets. As it turns out, we are sort of normal: we are log-normal.

If we plot a histogram of the logarithm of the size of the addresses then it turns out that we recover an approximate bell-shaped curve, see the example figure below.

So what about Safex?

The figure below shows such a histogram for (almost) all of the Safex addresses on the OMNI blockchain. We have ignored addresses with very small balances (those containing less than around $2) and the largest address which is the Bittrex address (~145 million Safex). While the median is almost unchanged by ignoring the Bittrex address (13,937 without, 13,939 with), the mean is massively affected (182,517 without, 195,723 with, an increase of ~13,000 Safex).

From this graph it is clear to see that the median (the dashed black vertical line) is a very good indication of the “average” of the distribution. The median value of 13,937 means that half of the Safex addresses on the OMNI blockchain contain less than 13,937 Safex tokens, while half contain more.

It is also clear to see that the mean (dashed red line) is a bad statistic to use for the distribution of Safex tokens, since it is very skewed to the right. In fact, just over 89% of Safex addresses contain less than the mean address size. 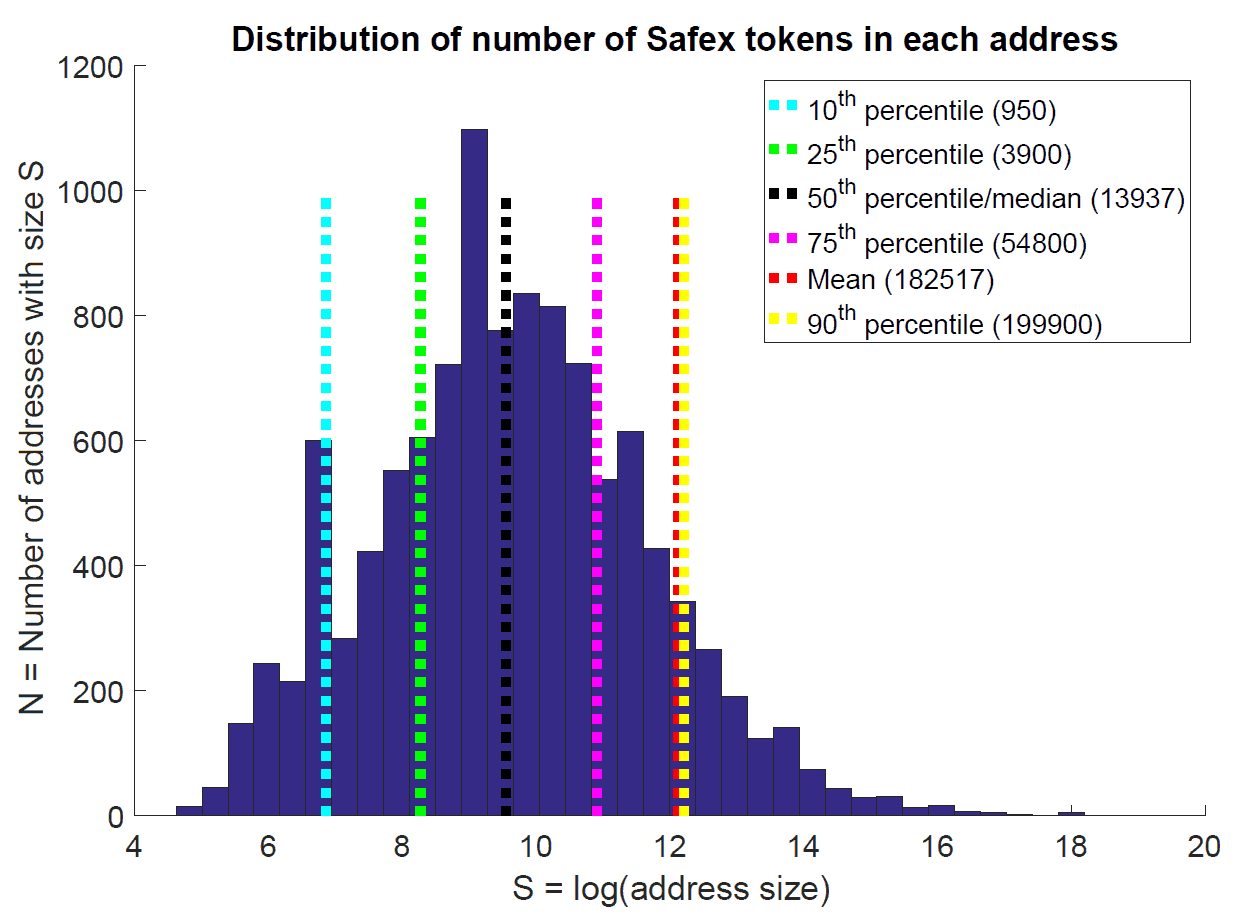 Great, but what does it all mean?

Well, let us take a completely hypothetical scenario. Say a 16-year-old man from Norway had 100,000 Safex tokens in a single address (you have to be on Discord to appreciate this!). He may like to know how his stack compares to the entire Safex community. As it turns out, around 82.5% of all Safex addresses are smaller than 100,000, so he would find himself in the top 17.5% of all Safex owners! (see Table 2 in the appendix for a larger set of percentiles).

Additionally, we can use this data to understand further how Safex Cash will be distributed when we are airdropped onto the new blockchain.

As mentioned in previous blog posts, assuming that every Safex Token is migrated to the new blockchain, then for each Safex Token you own you will be airdropped 0.0023 Safex Cash. We can then understand how Safex Cash will be distributed among members after the airdrop.

A prediction of the value of the airdropped Safex Cash can be found here.

*assuming all Safex Tokens are locked in.

OK, but a person can own more than one address in a single wallet!

Yes this is an additional complication! We have no idea how many addresses each individual owns, but there is good reason to speculate that it will be a small number on average. We expect that there will be a cost associated with transferring Safex tokens from the OMNI to Safex blockchain and that fee is likely to need to be paid for each address a person owns. Hence, it is likely that people will prefer to keep a low number of Safex addresses in a wallet. My assumption is that the majority have only one or two addresses, while a decreasing number will have greater than two addresses. Therefore, it is likely that the average number of addresses in each wallet is between one and two.

Taking our friend from Norway as an example, and looking at the extreme case where the average number of addresses = 2:

which is greater than approximately 73% of wallets. Therefore, I expect that Our Norwegian friend owns more Safex than between 73% and 82.5% of all individual Safex community members.

For some people, size matters, but so does the way you measure! To understand how your stack matches up to the rest of the community, the median and percentiles should be your go-to statistics. Considering that the average number of addresses in each Safex wallet is likely to be between one and two, then at least 50% of the Safex community will own less than 28,000 Safex Tokens and will receive less than 64 Safex Cash at the airdrop.

We are at the start of a revolution in online trading, the true start of crypto-commerce. If all goes well, as we expect, those that are not yet invested may well have to pay a premium to reach the median 28,000 Safex mark. The idea of reinvesting airdrop and marketplace incentives is a tasty proposal indeed.

Finally, since the new Safex Blockchain will be anonymous, (it is based on the CryptoNight algorithm), it is unlikely that this type of analysis will be possible again in the future. Therefore, this data gives us possibly the only insight into the distribution of Safex Cash on the new blockchain.

Since we will have around 10 million SxC and an expected 500M trade volume in the first six months, does that mean each Safex Cash will have to be worth 500/10=$50 to fund all transaction on the marketplace?

No. Firstly, Safex Cash will be continuously generated by mining and there will be around 18 million Safex Cash in circulation 6 months after the blockchain genesis block is mined. Secondly, Safex Cash which are used to pay for goods and services will not be burned, but redistributed to Safex Token holders. Hence, any given Safex Cash can be re-spent, recycled continuously. In fact, this concept is closely related to the velocity of currency which can be approximated and used to predict the price of Safex Cash, please see https://safexnews.net/money-cash-model-prediction-safex-cash-trading-price/.

What is the effect of having only 4 decimal places for Safex Cash?

In theory, the number of decimals should have little effect on the value (in USD, for example) of the SxC token. It is possible that there is a psychological effect, since crypto enthusiasts are generally used to more decimal places with, for example, Bitcoin, but this effect is not possible to quantify without a PhD and many years in psychology research!

Instead, we will concentrate on the fact that Safex Cash is a cryptocurrency, that is, will be used to purchase real goods and real services which have intrinsic value in USD. Considering my earlier prediction that the value of Safex Cash will be between 80c and $3 USD then, a likely worst case scenario would be that the 4th decimal place would be worth 0.0001*3 = 0.0003 USD (0.03 cents!). In the extreme scenario where the value of Safex Cash reaches $1,000 (in my opinion, an impossibility), the 4th decimal place would be worth 0.0001*1000 = 0.1 USD, or 10 cents. Considering that people will be selling real items on the marketplace, 4 decimal places seems more than sufficient.

One possible challenge with the number of decimal places will be dividend incentive payments and their frequency. In the hypothetical scenario that a person has a small number of Safex Tokens locked in to receive their share of dividends, and that the dividend payout for a given time period is relatively small, it is possible that this hypothetical person’s share of the dividend is smaller than 0.0001 Safex Cash. This could be a consideration that the team account for in the frequency of Safex Cash payments, as this issue could be easily resolved with a longer time between dividend payments.

If you are to sell an item in the marketplace, will the price automatically fluctuate in terms of Safex cash price to USD?

The mining emission curve for Safex Cash was designed with the “diffusion of innovation” in mind, hence the “S-curve” emission rate design. In theory, this design should stabilise the value of Safex Cash relative to the USD, reducing the concern of fluctuations in value. However, the value will fluctuate somewhat due to traders and demand (even the value of the USD itself fluctuates from minute to minute), so this is a valid question.

I posed this question to Dan via a discord personal message and he confirmed that, “yes, we will implement an oracle to get prices for USD”.